Any pigeon shooter will tell you that pigeons love peas, but do they really? We know that they will go onto pea fields and cause lots of damage at times, but will they choose peas in preference to all other food sources that are available? In my experience the answer is a resounding NO!

I think the myth that surrounds pigeons and peas has grown up over the years because in most counties the farmers don't grow peas. Sometimes they are occasionally grown as a break crop, in order to give the soil a rest from the same old rotation of rape, barley and wheat. But generally peas are a rare crop for most farming counties in the UK.

The exception comes of course when a pea processing factory opens say in Lincolnshire then there's a damn good reason for farmers in that area to get on board and start growing the things.

"The chances are, that's pretty much all there is in that area for the pigeons to eat during the early summer"

So it follows that the pigeon shooter in Lincolnshire says "there's thousands of pigeons hitting the pea crop here" The chances are, that's pretty much all there is in that area for the pigeons to eat during the early summer, particularly April to mid July.

Other pigeon shooters hear or read about the blokes in Lincs. shooting large numbers on peas and say "I wish my farmers grew peas" when in reality there's not a great deal else for the pigeon to eat during early summer except peas, weeds and clover.

In my part of East Anglia we don't grow too many peas but over the years I have been fortunate enough to have pea fields to shoot on several occasions. During this current year I have perhaps a couple of hundred acres of peas spread over 7 fields on two farms.  During April, May and June we have shot a grand total of 60 pigeons on those fields compared to around 2000 pigeons on clover during the same period, often on fields next to, or opposite the pea fields.

It's very clear that if the pigeons didn't have the choice and only had the peas to feed on then that is where they would be. But, given the choice between peas and clover, they'll choose the clover most of the time.
I also believe that if we pigeon shooters have the luxury of laid patches in the wheat and barley this year, we'll find more pigeons there during July than we'll find on the pea fields.

There is no disputing the fact that when pigeon's hit a pea field in numbers the damage is very noticeable. This is obviously distressing for the farmer. A flock of woodies on a clover meadow is not nearly so disturbing for him. The clover is for grazing his cattle where as the peas are a cash crop of high value.

During the summer of 2009, one of my local farms grew three fields of peas. All were identical crops drilled and harvested at the same time. The pigeons were hitting one field consistently causing extensive damage, a much smaller number of birds were hitting the second field and they were all ignoring the third field completely. I have no idea at all why they favoured one field but not the others.

At the same time we were shooting good bags on a field of linseed directly opposite the undamaged pea field. Clearly, on that part of the farm they preferred the linseed to the peas.

They are indeed strange creatures and all you can do is watch them, work out where they are feeding and get your hide and decoys where they want to feed.

Are peas the Woodpigeons favourite food? In my experience, definitely not, it's just another food source on the pigeons extensive menu. 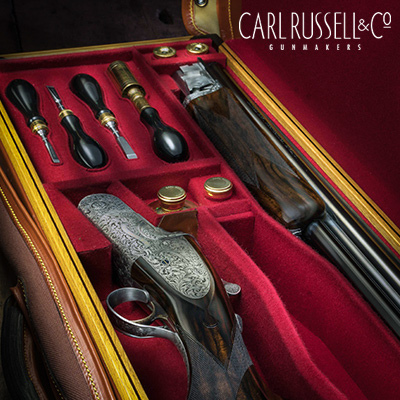