On 3rd and 4th April I had four of my regular pigeon shooters arrive for their annual pilgrimage to Norfolk to shoot what we hope will be good size bags of birds over a two-day period. They have been coming every April for a number of years and have had mixed results depending on the weather and number of birds in the area, but always have a great time staying at a local pub/B+B and overindulging.

This April, because of previous commitments they came earlier in the month than they would normally do. The weather was cold, the winter had not yet broken and the long-awaited spring was nowhere to be seen apart from one false start a couple of weeks earlier before the frosty nights and cold winds returned.

The pigeons? Well they were convinced it was still winter and were hanging together in large flocks and showing no signs of pairing up for breading. This resulted in large flocks speeding from the field as soon as disturbed and not returning. A great disappointment for my clients and as hard as we tried, not one decent bag was achieved.

The guys still enjoyed the occasion, the beer, good food and lots of laughs.

I now have five of my regular guys arriving from Finland the following week and I’m really starting to feel the pressure. Their flights from Helsinki to Heathrow are booked along with their accommodation and they will hire a minibus at Heathrow to transport them and their luggage and guns from London to Norfolk. They are shooting for three days and it’s going to cost them a fortune and this just adds to the pressure on me. Fresh memories of huge flocks of pigeons doing their disappearing act just five days ago are still very fresh in my memory.

My reconnaissance doesn’t do anything to reassure me but the day before their arrival the weather finally breaks and spring has arrived. Blue skies and warm breezes replace the cold easterly winds and frosty nights. Temperatures are starting to rise to 15c from the customary highs of 8c and the pigeons are breaking from the large flocks into smaller groups and many are flying as singles.

Whilst approaching one of my local farmers at 6:00pm on the day of the groups arrival to get permission to shoot a rookery on his farm (you can tell I’m desperate), he points out a field that has just been drilled with spring barley and tells me that the pigeons have been there in large numbers.

I immediately drive to the large field and sure enough there are good numbers of pigeons still there. Thank the Lord! This could be tomorrow sorted out.

I set up the hides and decoys on the freshly drilled barley field. The field is even bigger than I had thought and it can easily accommodate the whole group. As I’m setting decoys, I can already hear shots being fired from the other hides.

By the end of the day the guys have shot a total of 79 wood pigeon. All hides have had good sport and fired plenty of cartridges.

While the group are enjoying their sport, I’ve been contacted by a local gamekeeper to say he can give me permission to shoot on a field of rape that has been hammered by pigeons. I know the farmer well so no problem there, it was always going to be down to the people who own the shooting rights there and if the keeper says OK then it’s OK. I check the field and it looks good, lots of crop damage and loads of pigeons. I sit for 30 minutes watching for pigeon movement and decide where best to set up hide and decoys.

Another farm manager calls me and says he has lots of pigeons on game cover strips that have just been chopped up. I rush there and sure enough the chopped-up maize is covered with birds.

I have also seen a field of rape just a stone throw from the B+B that has great pigeon movement. The birds are coming from far and wide to feed on the crop and one clump of bushes seems to be the best spot to set up.

We are using three different farms, but each place looks promising and I hope will be worth the miles that I will have to cover to look after all these guys.

As always, when you arrive at a field at 9:30am the picture is totally different to the one you observed at 2:00pm the previous day and I am very used to the comments of “there are no birds here” and “we should set up under this tree, not that one” At the end of the day you have to trust your reconnaissance and set up where you know they will get the best results throughout the day.

" One more day to go and I’ve been told that a large field of drilled beans may be worth looking at..."

It seems to take forever to get everyone set up, but it was worth the effort with all the guys getting plenty of sport and a total of 130 plus birds shot in reasonably equal numbers by each gun. I am getting text messages throughout the day for more cartridges and more beer and by 7:00pm I am mentally and physically exhausted. One more day to go and I’ve been told that a large field of drilled beans may be worth looking at and the information was spot-on.

There are literally hundreds of woodies feeding on the field with good flight lines coming from several different directions. The field is plenty big enough to accommodate all the guys and it should be less stressful than having them spread out here there and everywhere.

We arrive to the words “There are no pigeons here” my answer is simple, “trust me” I set up hide number one and immediately birds start to decoy.
By the time all hides and decoys are set it sounds like world war 3 has started. Within two hours my mobile is on melt down with “more ammo and beers please”.

It seems like I am back & forth all day but it is totally worthwhile as each time I approach the field, shots are ringing out and clouds of pigeons are coming to this field and many are decoying better than anything that I’ve witnessed since last autumn.

Finally, all hides have run out of cartridges and we bring the day to an end. We pick up a total of 240 birds making a total of 450 birds shot for 1850 cartridges over the three days.

I have to say that it was the change in weather that made the difference and took the pigeons from the big winter flocks that instil a nervousness into the birds, to much smaller groups of birds looking to pair up for breading and becoming far more sociable and therefore making them far more likely to decoy.

My clients from Finland? “Very, very happy and by far our best trip to Norfolk for pigeon and beer”.

What a difference a week makes!!!

Game Season 2020/21 – What a Nightmare - The STOP/START game season of 2020/21 has been a logistical nightmare for game shooters and shoot organisers.

Pheasant pappardelle - With their seams of glorious yellow fat and prominent flavour, pheasant thighs can make the most unctuous of sauces for pasta, and the richest, most decadent of these is surely the Bolognese. Serve this with freshly home-made pappardelle, and you

Ligurian Rabbit - The harmony of the salty olives with the sweet and melting rabbit is utterly divine, serve with some earthy brassica and you need little else save some crusty bread to mop up the juices. 4 waxy potatoes, peeled and sliced

What a difference a week makes! - On 3rd and 4th April I had four of my regular pigeon shooters arrive for their annual pilgrimage to Norfolk to shoot what we hope will be good size bags of birds over a two-day period. They have been coming 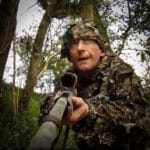